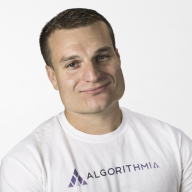 Algorithmia is marketplace for algorithms. A software engineer who writes an algorithm for image processing or spam detection or TF-IDF can turn that algorithm into a RESTful API to be consumed by other developers. Different algorithms can be composed together to build even higher level applications.

Diego Oppenheimer is the CEO of Algorithmia, and he joins the show today to explain how Algorithmia works. The company has developed its own container orchestration and management service, and operates similarly to the serverless computing paradigms that we have discussed on recent episodes of Software Engineering Daily. Diego also talks about the marketplace dynamics of building a platform for developers to sell algorithms to each other.