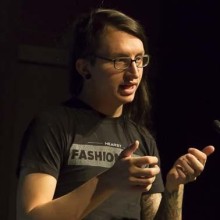 Rust is a systems programming language being developed at Mozilla. Rust has features of a high-level functional language like Scala and a low-level, performance-driven language like C++.

Steve Klabnik is a developer program member with Mozilla. In this episode, he discusses how Rust looks at memory management, type safety, mutability, and concurrency. We also dive into a discussion of the low level virtual machine, also known as the LLVM, which the language Swift is built on.